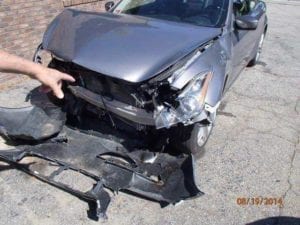 It is a driver’s worst nightmare. When a Rhode Island driver carelessly swerved into our client’s lane, his life was changed in an instant. The head-on collision in the summer of 2014 caused our client’s air bags on his sports sedan to instantly inflate, punching him in the face, ruining his glasses and causing multiple injuries.

Emergency rescue personnel rushed our client to a trauma hospital where he was evaluated for multiple trauma including a serious concussion, mild traumatic brain injury (“TBI”), bilateral numbness and tingling, contusions, abrasions, and injuries throughout his spinal column into his sacroiliac region.

Our client was bed ridden and restricted form working his professional occupation for over six weeks. He subsequently developed urological and neurological injuries and was in treatment with multiple medical providers for the majority of the ensuing year. 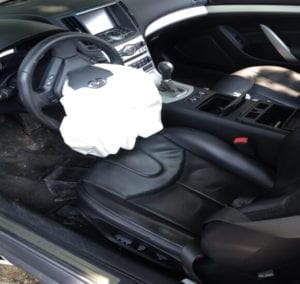 The vehicles sustained heavy damage and his vehicle was deemed a total loss. Attorney Mike Bottaro responded to our client’s home and maintained constant contact with his longtime wife and him.  Throughout the case, The Bottaro Law Firm, LLC investigated the auto accident and employed best practices in addressing the substantial medical expenses and lost wages.

At the conclusion of his treatment, Attorney Mike Bottaro researched the residual injuries and interacted with the medical providers and insurance companies. A maximum policy limit settlement was ultimately reached with the other driver’s bodily injury (BI) insurance company. Mike also pursued and obtained additional benefits through our client’s uninsured motorist (UM) insurer.

At the conclusion of the case, Mike was able to ensure that all medical expenses were paid and a lump sum recovery was made on behalf of our client.