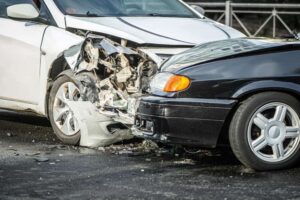 Head-on collisions are an especially devastating type of traffic accident because of the extreme forces involved, especially when they occur at high speeds. Victims can be left with devastating injuries, expensive medical and rehabilitation bills, and considerable time missed at work, to say nothing of the emotional toll all this can take.

However, if you were injured in a head-on collision that someone else caused, they may be responsible for compensating you for these and other losses. The attorneys at Bottaro Law are ready to help you pursue that compensation. We have been fighting for the rights of accident victims throughout Rhode Island for over a decade. We go to great lengths to build a relationship with our clients. That way, we can better represent them at the negotiating table and in court.

Don’t wait to demand the compensation you deserve. Contact Bottaro Law today for a free consultation.

What Is a Head-On Collision?

A head-on or frontal collision occurs when two vehicles traveling in opposite directions crash into one another. These collisions often occur on freeways, on- and off-ramps, highways, suburban roads, and city streets.

Since the vehicles are moving in opposite directions at the time of the accident, they hit with the total force of their combined weight and speed – often far greater than in other types of collisions. Consequently, these accidents can result in severe, even fatal, injuries. Sometimes one or both vehicles overturn or skid into other lanes of traffic, causing additional collisions.

Many factors often contribute to head-on collisions in Rhode Island, including:

Multiple factors can contribute to a head-on collision. Sometimes more than one person can be at fault. Our attorneys can gather evidence from multiple sources to create a clearer picture of what happened at the time of the accident and who may be held liable for it.

Head-on car accidents can cause severe injuries and are often fatal. Some possible types of injuries include:

Survivors of head-on collisions often experience mental health issues in addition to physical injuries, including anxiety, depression, and PTSD. It is important to seek treatment for those conditions as well.

Potential Compensation for Your Injuries from a Head-on Collision

In general, you may be owed compensation for:

If your family member was killed in a head-on collision, Rhode Island law allows the executor of the deceased’s estate to file a wrongful death lawsuit to recover compensation for the funeral and burial expenses, medical bills, loss of companionship, and other losses related to the death.

Proving Liability for a Head-on Collision in Rhode Island

Since head-on collisions happen in split seconds and injuries are often severe, you may not be aware of or remember what happened in the moments before the crash. Our attorneys can gather evidence from surveillance videos, police reports, witness statements, vehicle inspections, and medical records to better understand what happened and who was at fault. We can also bring in expert witnesses to help analyze this information.

Generally speaking, the person liable for a head-on collision in Rhode Island is the driver whose negligent actions led to the crash. Negligence in this sense means a failure to follow the rules of the road and behave in a way to avoid causing harm to others. Examples include driving the wrong way down a one-way street, failing to yield the right of way at an intersection, or not leaving adequate space when passing on a two-lane road.

In some cases, parties other than the drivers involved could also be liable for a head-on crash, including local governments that failed to provide adequate signage or companies that designed or manufactured defective auto parts.

Under Rhode Island law, you may still be able to receive compensation following an accident even if you were partially at fault for causing it. However, the amount you receive will be reduced by your degree of fault. So, if you suffered $100,000 in losses in a collision for which you were 30 percent at fault, you could recover $70,000 in compensation.

Statute of Limitations for Filing a Head-on Collision Claim

Rhode Island law gives injured parties three years following an accident to file an injury claim. That may sound like a long time, but it is in your best interest to begin the process as soon as possible. It is easier to gather evidence soon after the accident, and you may run into delays that can slow down the process. Most importantly, the sooner you start, the sooner your case can be resolved.

The weeks and months following a head-on collision can be long and difficult. Not only are you recovering from physical injuries, but you are also facing the frustration and anger that come when someone causes you harm. Beginning the legal process can feel daunting, but once you meet the attorneys at Bottaro Law, you will know you are in good hands.

Attorney Mike Bottaro founded Bottaro Law with a different approach from many other law firms. Rather than focusing on making money, our firm prioritizes serving others. We will take the time to understand your story and how your injuries impact your life and your goals for the future. Next, we will do everything we can to build a strong case and fight for the compensation you deserve. Whether you can reach a settlement quickly or you face a court trial, our attorneys will be by your side every step of the way.

Contact Bottaro Law today for a free consultation with a head-on collision attorney in Rhode Island.

“I always felt like he was honest, sincere, and he was in our corner.”

“I had so many questions and they answered every single one of them. It made me feel as though I was family.”

“He took care of everything. He went above and beyond—did an amazing job.”